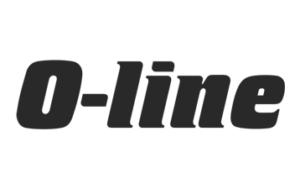 Since its modest beginning in premises near Johannesburg’s old produce market in Newton, South Africa, back in January 1982, O-line Support Systems has developed into a leading supplier of cable management and structural support systems in Southern Africa and the African continent as well as Far East.

The company began as a small supplier of standard wiring channels, cable ladders and trays, mechanical supports, concrete anchor channels, cable clamps, hangers and a limited range of power skirting with service outlets and accessories. These internationally tried and tested products still make up the backbone of the business. When the British GKN Group of companies stopped operation of their Engineering Services Division at the end of 1984, O-line took the opportunity to acquire the rights of GKN Sankey’s local patents, thereby adding a number of new products to our range.
Rapid but controlled growth, necessitated the move to 14/16 Prop Street, Selby Extension 11, Johannesburg, which houses O-line’s administrative headquarters and warehouse.
Today, a sophisticated distribution network, consisting of branch offices and stockists in all main centers, ensures that O-line brand products are a household name throughout Southern Africa and parts of the International arena, focusing on the supply of the major projects in the region. Since 2012 O-line is proud part of the OBO Bettermann Group.

This website uses cookies to improve your experience while you navigate through the website. Out of these, the cookies that are categorized as necessary are stored on your browser as they are essential for the working of basic functionalities of the website. We also use third-party cookies that help us analyze and understand how you use this website. These cookies will be stored in your browser only with your consent. You also have the option to opt-out of these cookies. But opting out of some of these cookies may affect your browsing experience.
Necessary Always Enabled
Necessary cookies are absolutely essential for the website to function properly. These cookies ensure basic functionalities and security features of the website, anonymously.
Functional
Functional cookies help to perform certain functionalities like sharing the content of the website on social media platforms, collect feedbacks, and other third-party features.
Performance
Performance cookies are used to understand and analyze the key performance indexes of the website which helps in delivering a better user experience for the visitors.
Analytics
Analytical cookies are used to understand how visitors interact with the website. These cookies help provide information on metrics the number of visitors, bounce rate, traffic source, etc.
Advertisement
Advertisement cookies are used to provide visitors with relevant ads and marketing campaigns. These cookies track visitors across websites and collect information to provide customized ads.
Others
Other uncategorized cookies are those that are being analyzed and have not been classified into a category as yet.
SAVE & ACCEPT
0